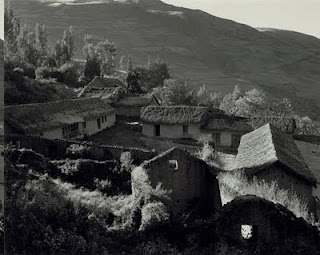 Dear Sannie
Thank you so much for your efforts. The money is here and already on it's way to Peru, so Carl can retrieve it himself with Puma. With the gift of Denmark we reached 4300 Euro! Almost enough for 3 houses!
Halfway next week I'll send all the rest, if more donations are coming in, as it seems.
Have we done well, or have we done well ;-)
Love,
Margaret

Dear All
Our first day we drove to Pisaq - along the road there must be 20 places where it was block & cleared- & blocked & cleared- lot´s of heavy earth moving equipment working at various spots. Some places the earth has fallen from above & others the river beside the road has scoured away at the road bed - the direct fall off is from a few feet to 30 feet or more- any more loss of soil in these places & it will mean the road will have to be totally rebuilt...

It rains every night & many afternoons...the first day when we got to Pisaq & it started raining heavily- all roads became blocked- the headlines in the next day paper "PISAQ ISOLATED"...fortunately late that day we were able to get back but saw the rivers raging more than earlier in the day....

Yesterday we loaded 4 cars with 7 huge sacks of potatoes, rice, sugar, pasta, milk, yogurts for the kids. Our first stop TARAY...Maybe 40% of the town washed away & under mud & gravel- half way up the doors on to the street...It used to be a classic lush Sacred Valley town... Devastated now. We left a great deal of food there & gave money to folks in tents. They are one of the more noticeable places so they are on everyone’s radar...

Before heading to find smaller stricken villages we stopped in Pisaq - the place was deserted on market day! We learned that the little stream that you cross as you are coming down from the ruins and just about back in town exploded in the rains the day before sweeping away 8 people - the town, deeply frightened, headed for higher ground that night. We watched as 4 of the coffins were carried in funeral procession across the main bridge - which is only pedestrian useable...Very beautiful and sobering.

On the way back up the main road to Cuzco we stopped by a little village that was right on the river next to the road - they had clearly sustained a lot of damage. As we inquired we learned they had started rebuilding the town directly above their location, up a winding dirt road about a mile. As we pulled into the clearing there were a couple of hundred people - old folks to children - huddled under freshly made eucalyptus lean-toes.
Meanwhile the men were building with sturdier poles areas that could be covered with larger sheets-rolls of plastic...geez, were they glad to see us!

We left the rest of the food and took a couple of men to town giving them several hundreds of dollars for more plastic & nails as that is what they said they most needed- & brought them back. We´re going to sort of adopt this town (Qaqaccollo) & return several times in the future, I´m sure.

Wish you could have shared in the deeply felt gratitude of all we met. You can be sure your donations & prayers are enthusiastically accepted. I´ve never done this type of work before - what an experience - thank you to all who are making all aspects of this trip a reality. So you get a sense, I calculated this day we spent very close to 1,400 $...trust me it went along way! And we still have a lot left to put to use. The rebuilding is only just begun & the destruction continues as you can see if at a reduced rate from the height of things...rained again last night...
Ok! Blessings & love from Cuzco!, Carl 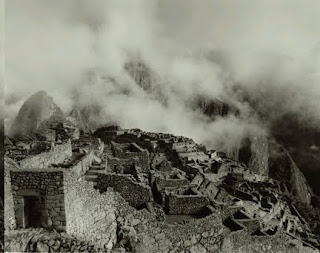 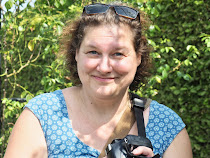